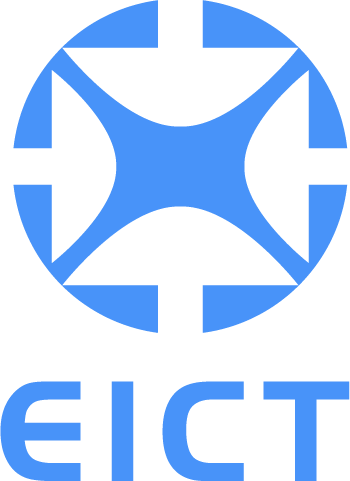 Experience: Prof. Zhaojun Lin received the Ph.D. degree in Semiconductor Materials from Institute of Semiconductors, Chinese Academy of Sciences, Beijing, China, in 1997. From 1997 to 1999, Dr. Lin has performed his Postdoctoral Research in Institute of Microelectronics, Peking University, China. From 1999 to 2003, he was with McMaster University, Hamilton, ON, Canada, Northwestern University Evanston, IL, USA, and The Ohio State University, Columbus, OH, USA, where he was involved in the researches of III–V semiconductor electronic devices and optoelectronic devices. He is currently a Professor with School of Microelectronics, Shandong University, Jinan, China. He has presided over four National Natural Science Foundation projects and published more than 70 journal papers, in which more than 20 papers were published in Applied Physics letters, Journal of Applied Physics, IEEE Electron Device Letters, IEEE Trans. Electron Devices, and Scientific Reports. His current research interests focus on GaN electronic devices and the related circuit modules.

Experience: Dawei Li received the Ph.D degree in Optical Engineering from School of Physics and Optoelectronic Engineering, Dalian University of Technology, Liaoning, China, in 2013. From 2014 to 2018, he has worked as Postdoctoral Researcher in Department of Electrical and Computer engineering, University of Nebraska-Lincoln, Nebraska, USA. In 2019, he was promoted as the research assistant professor in the Department of Physics and Astronomy at University of Nebraska-Lincoln. In 2021, he joined Dalian University of Technology, where he currently is a professor with School of Optoelectronic Engineering and Instrumentation Science. He has published nearly 60 journal papers. Among them, as the first or corresponding authors, he has published nearly 30 papers in Physical Review Letters, Nature Communications, Advanced Materials, ACS Nano, and Nano Letters, etc. His current research interest focuses on the growth and fabrication of low-dimensional semiconducting/ferroelectric materials and novel optoelectric devices.

Experience: Zhang Cheng, received his PhD degree in Circuits and Systems from Anhui University in 2012. Now he is an associate professor at School of Integrated Circuits, Anhui University. His current research interest covers signal and information processing, compressive sensing and optical imaging, phase retrieval, holographic imaging and display, deep learning, optical imaging and design. He has presided over two National Natural Science Foundation projects，published 60+ journal papers and has been approved for 10+ inventions.

Experience: Jie Sun graduated from Dalian U. Technol. He got his PhD in Institute of Semiconductors, Chinese Academy of Sciences, and in Solid-State Physics, Lund University, respectively. He was a Postdoc, Assistant Professor, and Associate Professor in Quantum Device Physics Lab, Dept. Microtechnology & Nanoscience, Chalmers U. Technol, Sweden from 2009 to 2020. He is now a state-level talent and a Full Professor both in Laboratory of Flat Panel Display Technology, Fuzhou University, and in Mindu Innovation Laboratory.

His has published more than 140 papers and been granted 12 patents. His main research interests include 1) Processing of GaN micro-LEDs and nano-LEDs for highly integrated semiconductor information display (HISID) applications; 2) MOCVD growth of 2D semiconductors and related materials for the integration with III-V electron devices; 3) Other electronic materials and devices related to III-V and 2D materials.

Abstract: Micro-LEDs are the key technology of the next-generation displays which can lead to another wave of technological revolution. This talk summarizes the recent advances of micro-LED related research in China’s newly established innovation laboratory --- Mindu Laboratory, which is built upon Fuzhou University and Chinese Academy of Sciences, and might lead China’s micro-LED related research according to a recent state-level strategy. Several topics are covered, including 1. Super high resolution micro-LED displays designed and fabricated in collaboration with major semiconductor companies; 2. Application of 2D materials in LEDs; 3. Mass transfer of micro-LEDs; 4. Other aspects of micro-LEDs such as HISID. We will demonstrate that we conduct the research not only in pursuit of academic advancement, but also technological innovation and industrialization.